The jury is still out on whether Spicer meant to be funny, or just didn't read the article carefully, but if he DID think it was real 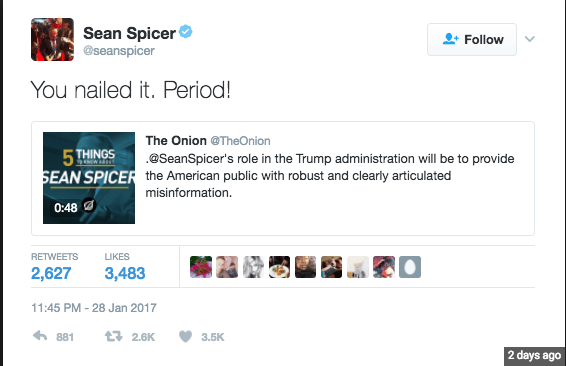 news, it wouldn't be the first time a famous person was taken in by the satirical media...In fact, HERE is a link to a New York Times article from 2012 about a little mishap in North Korea!

Now, the Onion is a very well known satirical web site. Others may not be so obvious to viewers, especially since they often choose names similar to the "real thing". Some sites have names for organizations that don't exist, such as the Boston Tribune or the Denver Guardian. Look below to see some examples of sites that deliberately made their address similar to a legitimate one.