Resources for Mr. Lewis' "The Canterbury Tales" assignment can be found here!

Welcome to the library guide for Mr. Lewis' English 10 Semester Paper! For your assignment, you'll be reading an additional tale from the Canterbury Tales, then constructing a 4-5 page paper with an interpretative thesis. You'll need two outside scholarly sources, and then cite them in the Modern Language Association style (MLA).

In this guide you'll find information on where to find your two scholarly sources and how to cite them. Feel free to stop by the library for more assistance!

Several institutions around the world hold some of Chaucer's original manuscripts! Check out their collections below for images and descriptions of The Chanterbury Tales. Remember to cite any information or images you use from these collections! 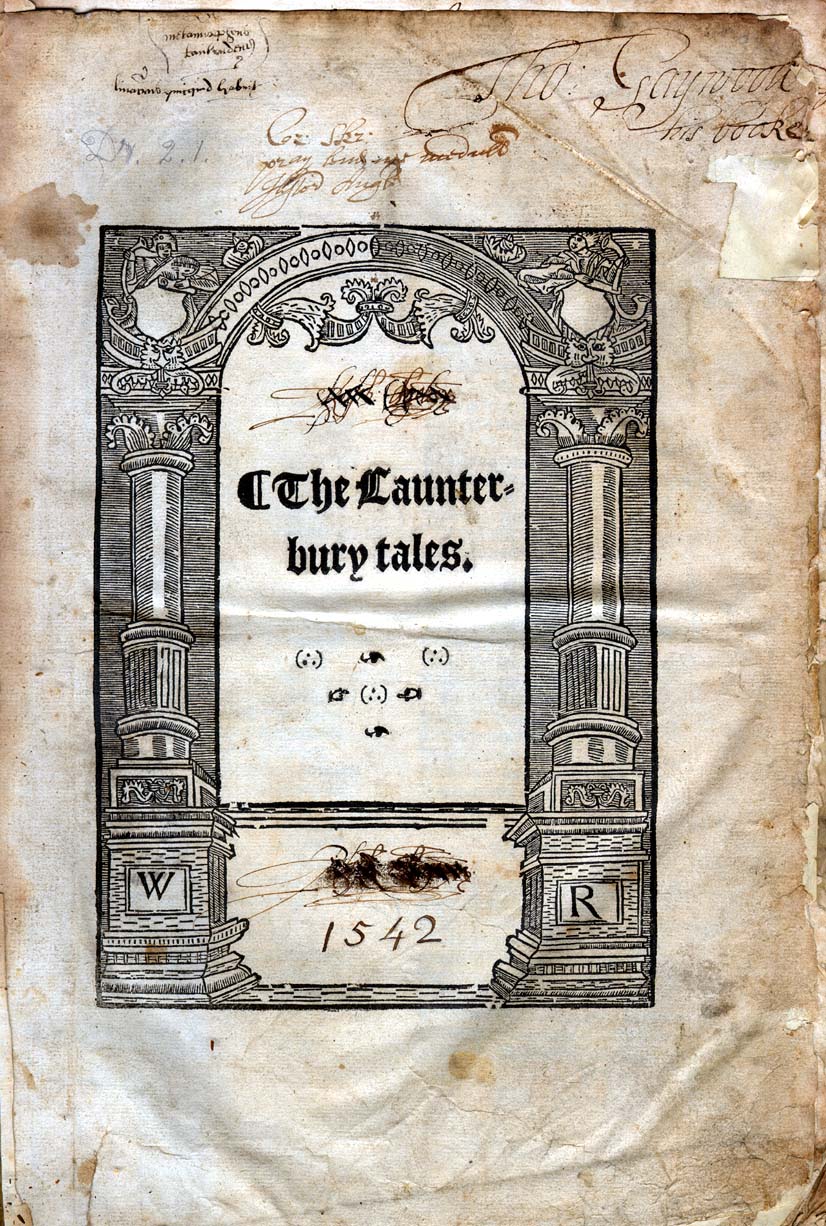 “The Workes of Geffray Chaucer Title-page.” The World of Chaucer. University of Glasgow.
http://special.lib.gla.ac.uk/exhibns/chaucer/works.html